WHAT IS A VIDEO DJ

A Video DJ , often abbreviated as VDJ, is a person who plays existing recorded music videos & visuals for a live audience. Most common types of VDJs include club DJ who performs in a nightclub or music festival and turntablist who uses turntables to manipulate visual content with his or her hands on phonograph records.

The official home of all my DJ Mixes and streams. Located on Mixcloud this treasure trove of audio bliss dons many formats of music. From Rap & EDM to Throwbacks from all decades this collection should provide the soundtrack for hours at a time!

Here is a gateway to my soundcloud. Here you will find remixes, originals, edits & bootlegs of some of my past projects. “The ones Soundcloud hasn’t taken down , ha! ” Follow me to stay updated on all the new projects as they drop!

The best of us can play everything, we call it Open Format..

In the life of DJ/Producer Anthony Sojo “DJ Sojo”, a commitment to his dream, passion for greatness and fire to succeed has landed him in a world he has built over the last 18 years. Growing up with family in music, and hard working parents, Sojo developed a tenacious work ethic that carried him through many stages of his career..

At the age of 17, he began to train his ears on an old set of Technics 1200s. With his first attempt mashing up 2 hit records, the magic of music was unlocked. Starting off in a mobile DJ company called UltraSound Sojo learned the artform of reading people right from the start.

“To me, technical ability aside, a DJ has to be able to tap into his sixth sense of reading his room. Playing to a crowd that owns your music is one thing. But the magic is walking into a room of people all different ages, ethnicities & social classes and making them vibe out! To me,  it’s always been about the room first and I learned that in the mobile world. “

Sojo started to make his way through the local NJ & Philadelphia nightlife circuit and held down major residencies in some of Philly’s best venues. Giants like Egypt, Shampoo & Flow molded Sojo’s style as a DJ. Having love for multi formats of music and so much experience playing them live Sojo felt the next step was radio.

After holding down successful mixshows with Philadelphia’s 96.5 the point & Wired 96.5 Sojo started feeding his sense for creativity by teaching himself music production and engineering. With the key to success kept close, an empire of an artist began to brand and establish in New Jersey and Philadelphia. Becoming such an influential person to his trade, Sojo built and expensed a place once known as his garage into a therapeutic chamber of art & wonder, The “Creation Station”. Starting as a club & house DJ- Producer he continually  re-worked his style towards an evolving hip hop and r&b scene. Never forgetting his dance music roots Sojo currently furthering an exploration of his techniques in the open format dance movement.

Connections with fellow artists started to arise, presenting more opportunities to collaborate.  Who knew an idea brainstormed with friend and now partner DJ Dramadik would put him on a brand new path yet again. Enter The Senate DJs, a union of leaders and elite DJs with their own brands, crews and movements . their interests and beliefs all fall in line working together to share our art with the world. Keeping up with his extensive studio sessions, his DJ career was evolving. Technology as a DJ gave him more of a chance to manipulate the time of music, leaving Sojo an elevated moment to add to his performance.

Adding Serato, with built in video output capability a “Live Video Remixer stepped up to the plate.  Sojo took all of his DJ talents and incorporated them visually to display to any size crowd.

“I love being a video DJ! It really adds dimension when done right. The songs always take us back, but my generation and younger knows music videos. You can see the scratching, you can visually witness the music videos blending and I have complete control over transitions and overlays. It’s definitely my favorite show! “

In 2014 Sojo teamed up with German equipment manufacturer Reloop officially endorsing their RP-8000 turntable and adopting his first sponsorship as a professional DJ . Perfecting his talents throughout the years, Sojo’s aptitude to transform a room, venue or stage has satisfied and exceeded expectations of many. Giving off a flow that attracts a vibe that can only be felt deep down. Collaborating his skills as a DJ and mind of a producer, Sojo’s live set has set the bar to a pinnacle reach. With such a promising future, DJ Sojo has blazed a pathway that changes the game forever. All of his hard work and education made him a force of power, leaving nothing off limits. 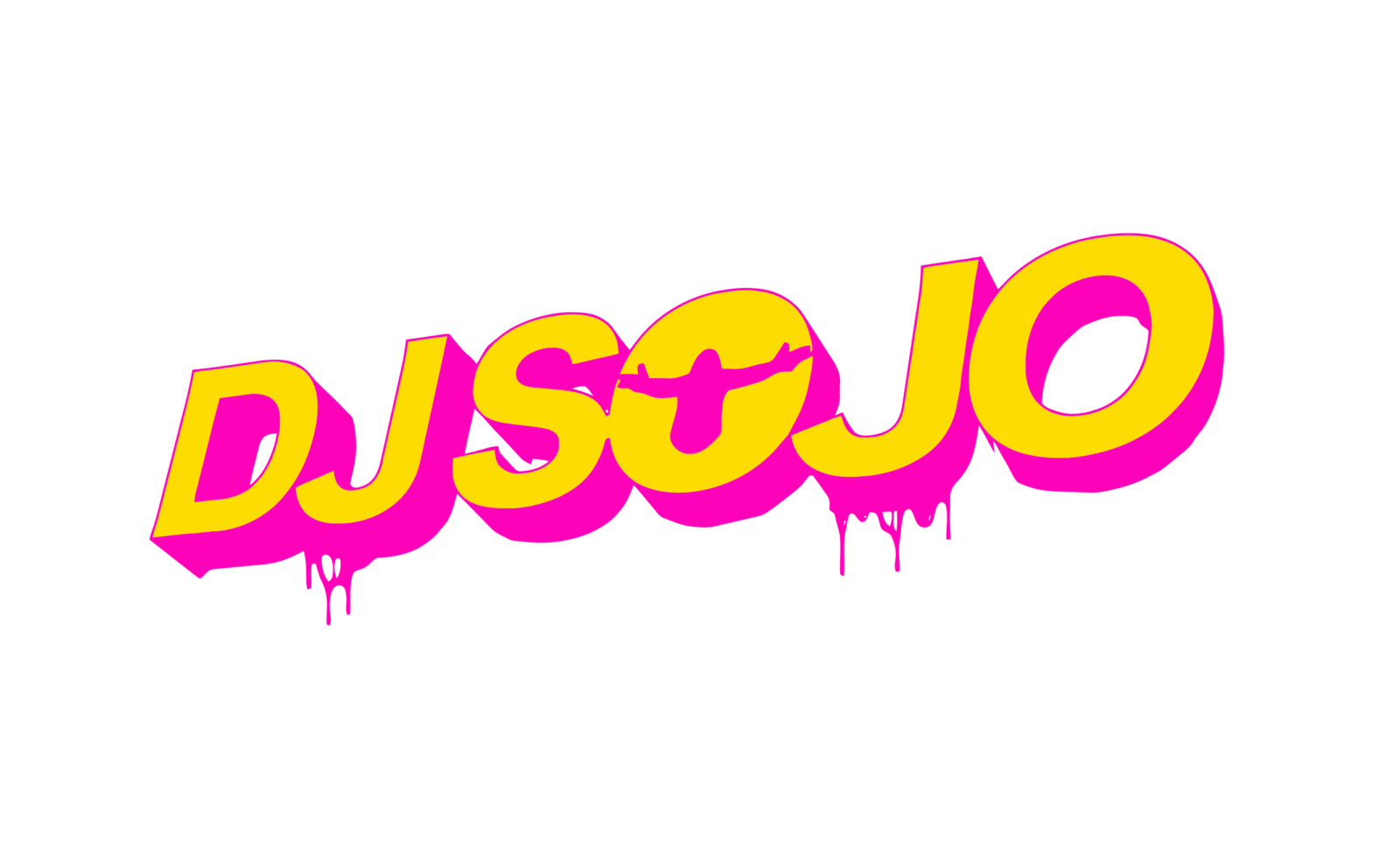